The Killing of Anastasio Hernández Rojas, and the Boundaries of Accountability

Eyewitness accounts and new video footage shown in a PBS documentary last week provide shocking proof that U.S. federal agents brutally beat Anastasio Hernández Rojas, tased him five times, and ultimately killed him—this while he lay on the ground with his arms handcuffed behind his back—in May 2010. The revelations in Crossing the Line at the Border  counter in a compelling way the official tale of what transpired, and have rightfully led to calls for accountability. Among the questions such calls raise are: what does accountability mean in such a case, and what should the parameters of the process be—that is, if a key goal is to prevent future instances of brutality? 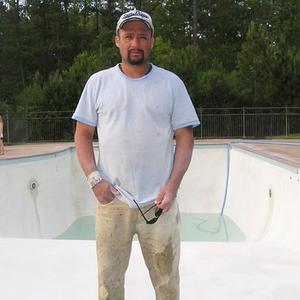 Anastasio Hernández Rojas. Credit: San Diego Union-TribuneBorn in Mexico, Hernández Rojas arrived in the United States at the age of 16. For more than 27 years, he lived and labored here, where he married and had five children. In May 2010, after losing his construction job, he was arrested for shoplifting. When a background check showed that he was in the country without official sanction, the police turned him over to federal authorities, who deported him to Mexico. Not willing to accept exile from his wife and children, Hernández Rojas quickly crossed back into the United States, but Border Patrol agents intercepted him in a remote area as he tried to head home.

At the detention facility, an agent allegedly assaulted and injured Hernández Rojas, which led him to express a desire to file a complaint. That same agent reportedly was one of two who drove him back—alone—to the port of entry in San Ysidro (the southernmost portion of San Diego) to deport him again. It was there, just a few feet from the actual boundary with Mexico, where the night-time, deadly assault took place, which involved over a dozen agents.

A San Diego County Medical Examiner’s report concluded that Hernandez Rojas’s death was a case of homicide. It was due to a heart attack—one induced by the shocks from the taser. (According to an Amnesty International report, 334 people died in the United States after being shocked with a taser, a supposedly non-lethal device, or similar conducted-energy weapons between June 2001 and August 2008.) The 42-year-old father also sustained broken ribs, several loosened teeth, bruises all over his body and head, and injury to his spine.

What allowed the beating and electrocution to go legally unchallenged was the uncritical acceptance of the U.S. Customs and Border Protection (CBP) account of events by authorities at various levels. According to the agency’s official story, agents did what they did because an un-handcuffed Hernández Rojas “became combative,” and the use of batons and the taser was necessary to “subdue the individual and maintain officer safety.”

The blatant nature of the brutality, the cover-up of what transpired, and what appear to be clear violations of the law have helped to provoke widespread outcry. From press conferences, to an online petition, and myriad news reports, pressure is mounting on federal authorities to conduct a far-reaching investigation of Hernández Rojas’s death.

More broadly, advocates—such as John Carlos Frey, a documentary filmmaker and an investigative reporter involved with the making of Crossing the Line at the Border—point to an institutional culture of impunity that allows killings by Border Patrol agents to go virtually unexamined outside the agency. Frey also highlights the rush to recruit ever-more agents in the aftermath of 9-11, and lowered standards of recruitment and training, in trying to explain “at least eight documented cases of extreme use of force against unarmed and non-combative migrants resulting in death” at the hands of the Border Patrol since May 2010.

Whether or not relatively new agents recruited and trained under less rigorous criteria are responsible for the deaths is not known as the CBP hasn’t even released the names of the agents involved. But, perhaps more importantly, the effect of such a line of argument is to suggest that better qualified agents are the answer to the problem.

No doubt, rigorous screening of applicants and good training, and some sort of public oversight mechanism, are very preferable to the lack thereof. But in privileging such factors, what gets obscured is the everyday violence—and death and suffering—that federal boundary and immigration enforcement apparatus brings about through its normal practices. 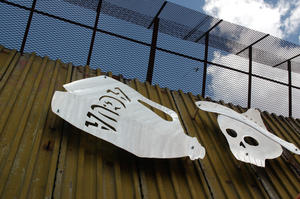 Over the last couple of decades, many thousands of migrants have lost their lives trying to traverse the U.S.-Mexico borderlands and enter the United States—in order to find work, or rejoin loved ones. U.S. authorities have also sent millions into exile abroad, many of them long-standing U.S. residents with almost non-existent ties to their countries of birth. In the process they have separated hundreds of thousands of children from parents. They have also reduced the life spans of many deportees: in a particularly egregious case, one of the first individuals “removed” to Haiti after the Obama administration resumed deportations to the earthquake-ravaged country in 2011 lost his life to cholera soon after his arrival.

The law and the institutionalized nature of the practices that produce these outcomes help to obscure the violence they embody—and the related death and suffering. But just because many do not see the violence for what it is—as death-producing—does not mean it is anything less.

From the very establishment of the U.S.-Mexico boundary, killing people and denying life has been central to what the international divide is all about. After all, its foundation necessitated a war of conquest and the dispossession of the Native and Mexicano populations in the borderlands. And, in the face of so many who refuse to accept the original injustice, its maintenance has required various forms of violence on a regular basis ever since. More broadly, in a world of profound inequality, one predicated on the production of differences such as those based on race, class, and nation, the boundary reflects and helps reproduce who gets what in terms of rights and resources, and the very nature of life and death—and the various states in between. 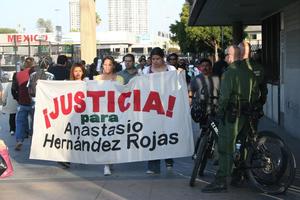 Anastasio Hernández Rojas was born on the wrong side of the boundary dividing people and places of privilege from those of disadvantage. Like countless others in the eyes of the U.S. ruling class, he thus became disposable. When U.S. authorities deported Hernández Rojas to Mexico and deprived him of his right to be with his family, they effectively denied his right to live. And when they beat and tased him to death, they did so as well.

Realizing justice—achieving true accountability—for Anastasio Hernández Rojas’s murder requires that we go far beyond the parameters of his particular case. It necessitates that we contest the very socio-territorial arrangement that made him disposable in the first place. Otherwise, we will end up affirming and strengthening a boundary that grants life to some, and consigns others to death.